This Letter was Sent to Georgia Governor today May 19,2010 about the Greed, Corruption and Abuse of Georgia DFCS 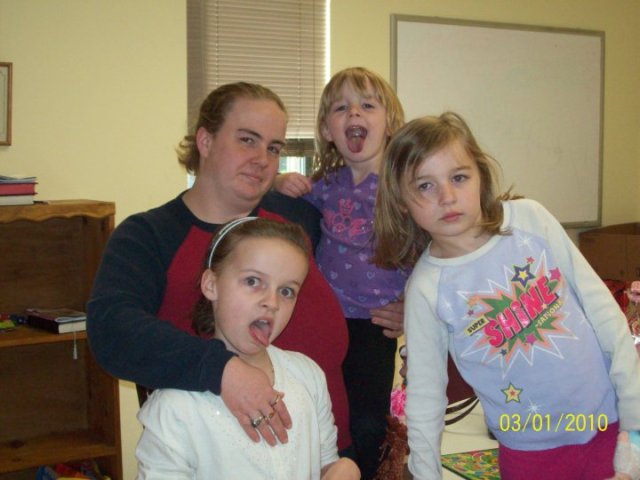 The letter below was sent today to Georgia Governor Sonny Perdure. This is the fourth letter to him. He answered the first one and ignored the others. It would behove him to answer this one.

Gov.Perdue,
This is the third letter I have written you. I doubt that you remember the other two. So I will refresh your memory. My daughter Alice Samantha Thomason had her children snatched by Jackson County DFCS on August 28,2008. She was allegely depriving her children – under the Ga. Criminal statutes this is a felony. However, she is under the secrecy of the juvenile court and her accusor is under the protection of DFCS.
Today she went in front of the panel and Rebecca Boles again said she wanted Samantha’s rights terminated. Samantha has done everything she has been told to do. She has been on eight case plans and is now assigned to her ninth caseworker. The only thing she is lacking is housing.
According to Title IV-E and Title IV-B Funding she is supposed to be helped with that by DFCS either as Section 8 or Hud. That is plainly stated.
Now, on that note in the Ga. Training Manual for caseworkers they are taught not to try to reunify, they are taught how to force the parents to lose their rights. This is not only morally wrong it should be legally criminal. Added to that is the fact that at today’s panel hearing her public defender Crandell Heard was not there. He told her that he was not allowed again that is a lie. According to the Trial Attorney and Parent Handbook for Deprivation Cases he is supposed to be there. This is also state in the State Bar of Ga. handbook. I know he can legally also be there because of Ga Statute 15-11-78 which makes juvenile court an open court.
Samantha is being railroaded by DFCS because they are broke. I know for a fact that if they adopt out the three girls they will get $12,000.00 for them. I also know that Judge Guidry’s court will get $12,000.00. I also know that the foster care provider Donna Webb earned at least $16.962.00 tax free money off the backs of these girls last year. That is a violation of the 13th amendment rights which states that no one shall be held in slavery.
Samantha’s 1st, 4th, 6th and 14th amendment rights have been violated. She was threatened that if she talked to me she would suffer the consequences, which is a violation of freedom of speech. she has not been allowed due process and she has not had qualified and unbiased representation.
I know for a fact that Georgia is one of the worst states for the snatching of children under the guise of “deprivation” which in most cases they don’t have a solid case. It is just a ruse to steal children. I know they are buying and selling children in that state.
I also know how much money the adoptive families make and I know they are allowed up to $15,000.00 to write off the year they buy these children. I also know they get a stymed every month until they are 18 and they get more if the child is speacial needs. As do the foster care provider. I know that when a child is snatched the foster care provider is told they are going to be adoptable. In this case the Donna Webb was told indeed the girls would be up for adoption as soon as they were placed in her home. If that is the case she will make even more money off these children. I know for a fact that children are used as a money making machine, I know for a fact of families that have bought more than one home using these children as their cash cow.
I want this stopped, I want Samantha’s children returned to her now, I want her housing to be found either with section 8 or hud, yes she has a job she starts in the first part of June. I want the greed, corrupition and abuse stopped. I have done my homework. I know the facts and they can not be disputed. I will continue to persur this until things change.
Yvonne Mason

Background:  The eldest of five children, Yvonne was born May 17, 1951 in Atlanta, Georgia. Raised in East Point, Georgia, she moved to Jackson County, Ga. until 2006 then moved to Port St. Lucie, Florida where she currently makes her home.  Licensed bounty hunter for the state of Georgia. Education:  After a 34 year absence, returned to college in 2004. Graduated with honors in Criminal Justice with an Associate’s degree from Lanier Technical College in 2006. Awards:  Nominated for the prestigious GOAL award in 2005 which encompasses all of the technical colleges. This award is based not only on excellence in academics but also leadership, positive attitude and the willingness to excel in one’s major. Affiliations:  Beta Sigma Phi Sorority  Member of The Florida Writer’s Association – Group Leader for St Lucie County The Dream:  Since learning to write at the age of five, Yvonne has wanted to be an author. She wrote her first novel Stan’s Story beginning in 1974 and completed it in 2006. Publication seemed impossible as rejections grew to 10 years. Determined, she continued adding to the story until her dream came true in 2006. The Inspiration:  Yvonne’s brother Stan has been her inspiration and hero in every facet of her life. He was stricken with Encephalitis at the tender age of nine months. He has defied every roadblock placed in his way and has been the driving force in every one of her accomplishments. He is the one who taught her never to give up The Author: Yvonne is currently the author of several novels, including:  Stan’s Story- the true story of her brother’s accomplishments, it has been compared to the style of Capote, and is currently being rewritten with new information for re-release.  Tangled Minds - a riveting story about a young girl’s bad decision and how it taints everyone’s life around her yet still manages to show that hope is always possible. This novel has been compared to the writing of Steinbeck and is currently being written as a screenplay. This novel will be re-released by Kerlak Publishing in 2009  Brilliant Insanity – released by Kerlak Publishing October 2008  Silent Scream – Released by Lulu.com October 2008- Slated to be made into a movie Yvonne’s Philosophy in Life - “Pay it Forward”: “In this life we all have been helped by others to attain our dreams and goals. We cannot pay it back but what we can do is ‘pay it forward’. It is a simple
View all posts by Yvonne Mason Sewell →
This entry was posted in Letter to Gov Sonny Perdue and tagged Abuse by CPS, abuse by Jackson county Ga DFCS, criminal activity by jackson county ga dfcs, letter to georgia sonny perdue, yvonne mason. Bookmark the permalink.

1 Response to This Letter was Sent to Georgia Governor today May 19,2010 about the Greed, Corruption and Abuse of Georgia DFCS

This site uses Akismet to reduce spam. Learn how your comment data is processed.